Tradition has always played a major role with Holden Beach and its inhabitants, both temporary and permanent. Many vacationers and residents started coming here as children with several generations of families preceding them. Holden Beach Vacations aka Brunswickland proudly have been a part of this tradition since 1975. In 1981, Connor Cox from Tabor City, NC bought Brunswickland. Connor was a newly retired principal and former high school business teacher who always had a love for real estate. His enthusiasm for buying and selling property was infectious and soon his whole family was involved in it. His wife Rae Sloane Cox was already an established realtor in Ocean Isle Beach. It wasn’t long before son Steve Cox and wife, Bonnie; along with daughter Kerry Cox Craig got involved in the real estate business and have been there ever since. Kerry married John Craig Jr., a real estate appraiser and long-time resident. There are also Connor’s grandchildren Steven, Sylvia, and Jay. Connor passed away in 2008, he left his family with strong instructions for not only how to operate a reputable business, but also how to live a life of integrity as well. The Cox Family tradition seems to coincide with most of the Holden Beach Family tradition; That is, to love and care for the island, make the most of time spent here, and to plan to return as soon as possible. It is the wish of the Cox's and all of the Holden Beach Vacation family that everyone does just that, return and maybe one day even stay.

View our scrapbook gallery of guest's vacation photos to start dreaming of your vacation. 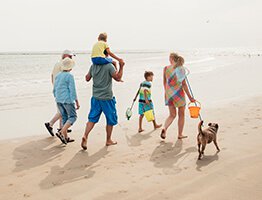 Looking for something fun to do while in town? Look no further than our concierge. 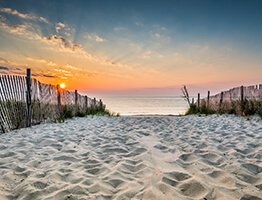 Wishing you were here? View our beach cam and get a live view of Holden Beach! 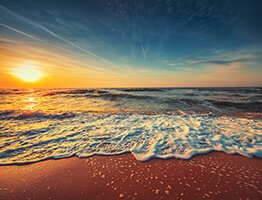 Submit your vacation photo, have a Holden Beach memory featured!